Disclaimer: This is not a scientific article. We do not claim to lead evidence anywhere. We do want to deliver food for thought, and recommend a few aspects for discussion that we don't see discussed enough yet.
During the making of this article, more emotion, disaccord and misunderstanding occurred than probably in the entire rest of the project work so far. Probably, that's a good thing—because it showed us that there is still much work to be done.

Computer science & physics: male stronghold ... and we are not doing any better. 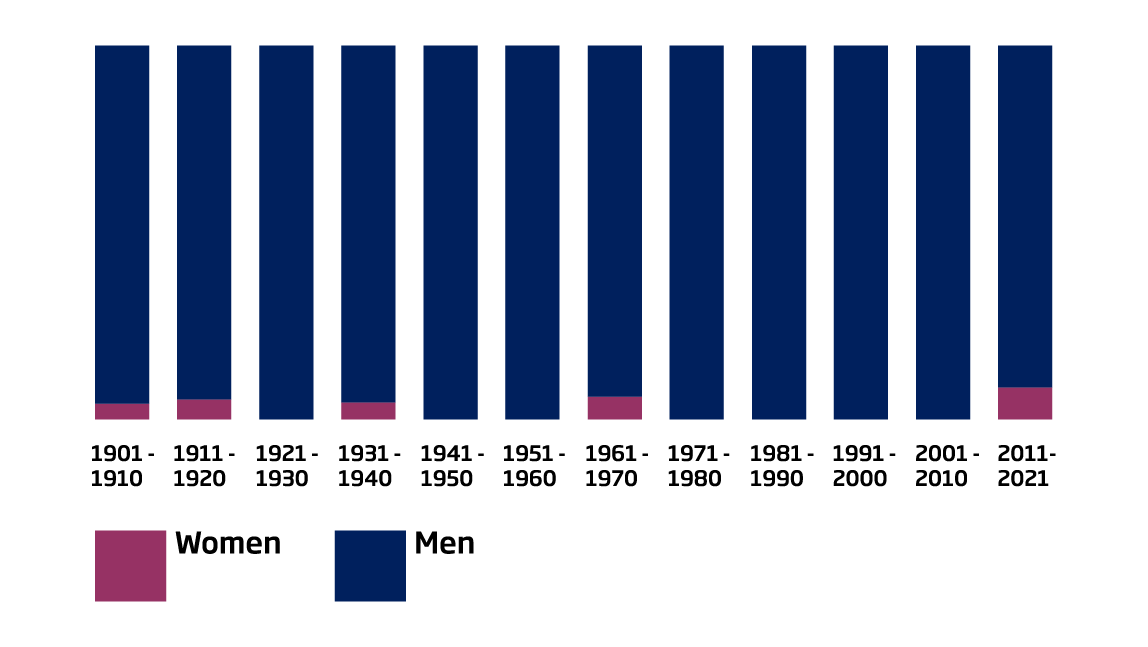 Analysis based on data from the Nobel Foundation
Quiz question: What does the graph to the left represent?
(Solution: The share of female nobel prize winners, physics and chemistry combined.)
Decade after decade, Nobel Prizes give the impression that half of the population does not happen in natural sciences. We don't even know whether the little purple splash in the past decade is just a slip, or some measly upward trend.

Female percentage of computer science professionals in the UK. Source: STEM women
Alright, let's look further down, away from the lofty spheres of Nobel Prizes. For example, the overall share of UK women in science doesn't look so bad after all: It climbed steadily over the past years to almost half.
By contrast, computer sciences seem to be a male stronghold. The same applies to physics to a good extent. The graph to the left pretty much matches what we see in our own practice: only one in 6 computer scientists is female.
This is very much our business in the literal sense, for computer science and physics are core ingredients to the bread and butter of ML-based weather forecasters such as MAELSTROM. Lo and behold: Out of our own 32 scientific staff members are .... two female. That's about six percent. Could be nine percent, but one of our female colleagues is on parental leave. Number of male colleagues on parental leave? Zero.
We did not choose to be a male-dominent project. Most of our members search actively for female scientists or have programs in place to promote women in science. Only, we don't find enough. Why?

"Putting in perspective" or being ignorant?

Science, that ain't a native place for toxic masculinity.
We're not in the 80s anymore.
Initiatives to promote women are all over the place.
Scientists are educated people, after all.
And isn't scientific achievement always objectively judged?
These or similar thoughts may flow freely during the attempt to explain the phenomenon from a male perspective. They might suggest themselves, albeit they don't help. Contrarily, they elicit thoughts like:
If women wanted to be in computer science or physics, they'd be.
And this, we believe, is as wrong as it gets.

Are women less interested in computer science and physics? 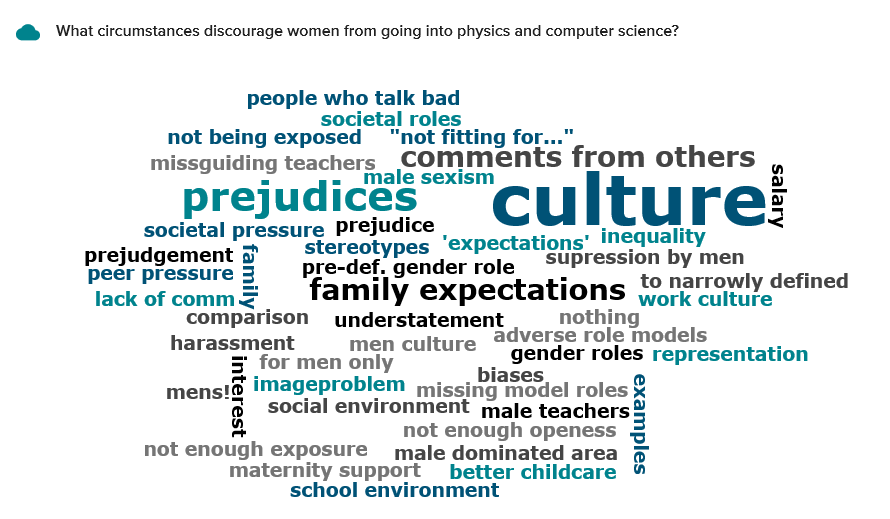 Sources of discouragement
For our recent bootcamp at Forschungszentrum Jülich, we welcomed about 50 brilliant brains from over 20 countries present. (Thereof female: about 20. Female physicists: 2. Female computer scientists: you guessed it, zero.) We wanted to take the opportunity and involved them into a discussion on women in science, combined with a series of live polls.
A strong majority supported the notion that the maleness of computer science and physics is not given by God. It's man-made (let's leave it at this double meaning for now).
Man-made—how? when? by whom?
The answers given by our audience hint that a whole complex system of reasons and influences is at work here. Lots of chicken-or-egg questions.
If we're all born with a clean sheet of gender-based expectations and cultural imprints—when does the clean sheet start getting dyed? When a 12-year old schoolgirl chooses IT as an optional subject and is alone among boys? When a 6-year old girl dreams of programming the world's fastest computer, but yields rolling eyes from her family? Or even earlier, with the first toy under the Christmas tree?
Culture is the central concept. Few things are bigger, more powerful yet more intractable than culture—which, as we know from Peter Drucker, eats strategy for breakfast. Comforting however: we're all part of culture. We can all be part of the solution.

Female role models from a golden age of software engineering 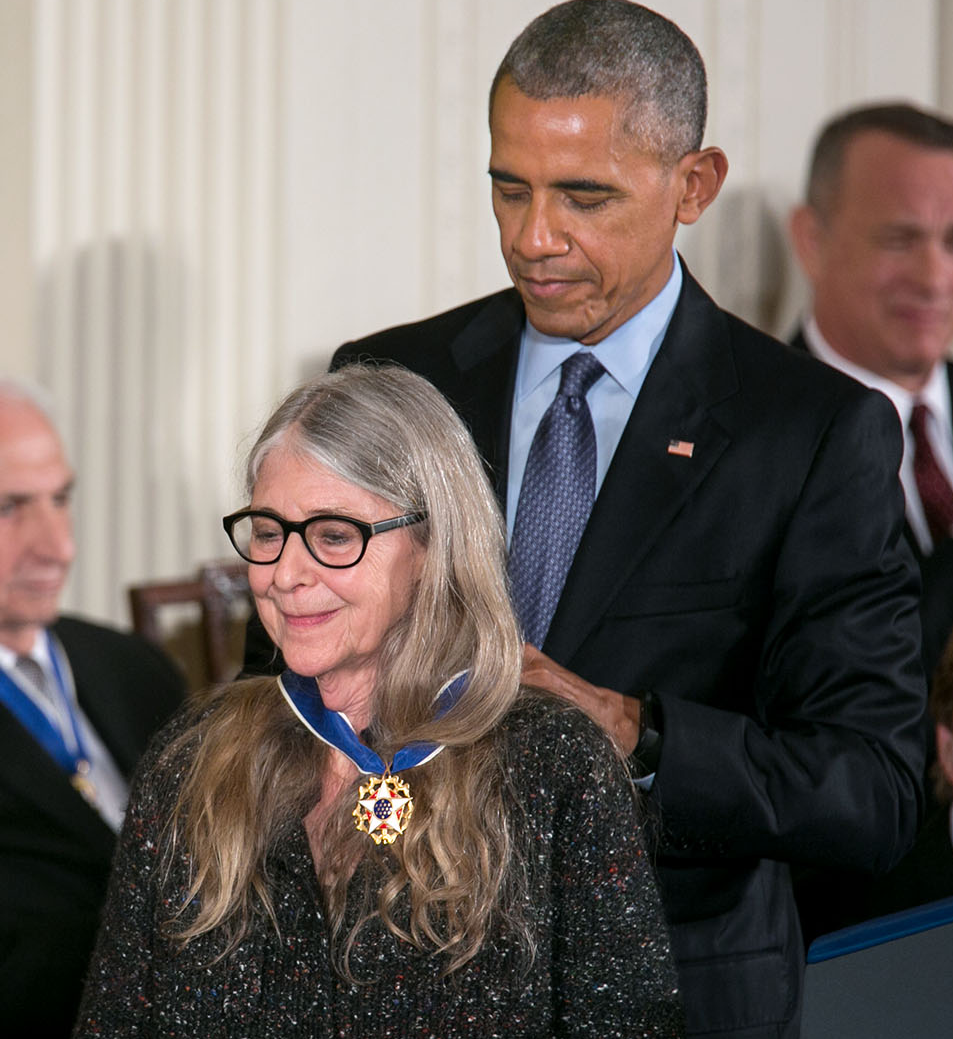 Margaret Hamilton gets the Presidential Medal of Freedom in 2016 (Source: Wikipedia)
Role models may be the most powerful inspiration to outdare cultural patterns. They work at any age. Heartwarming pictures of the 2-year-old Parker Curry, looking up in awe at Michelle Obama's portrait in the National Portrait Gallery, went viral a few years ago.
But who still remembers that computer science used to be full of female role models? Cosmopolitan wrote in 1967 about "The Computer Girls". The software business was back then a common springboard for women who wanted to get started professionally.
Was this limited to menial work, as one might suspect having heard the explanation "programming was similar to a secretary's work"? This question is best answered by looking at a long line of women, without whom the history of software engineering can't be imagined.
Grace Hopper was indispensable in the development of programming languages. She was the first human being to envision a higher programming language beyond machine code and invented the compiler.
Katherine Johnson, known as a "human computer", paved the way for manned U.S. spaceflight in the first place; her calculations were essential for the Space Shuttle program.
Margaret Hamilton led the software program for the Apollo 5 missions. It is doubted that the moon landing would have been possible without her. Her brilliant work has been called "the foundation for ultra-reliable software design".
This list could be continued for a while.

The elusive system of conditioning 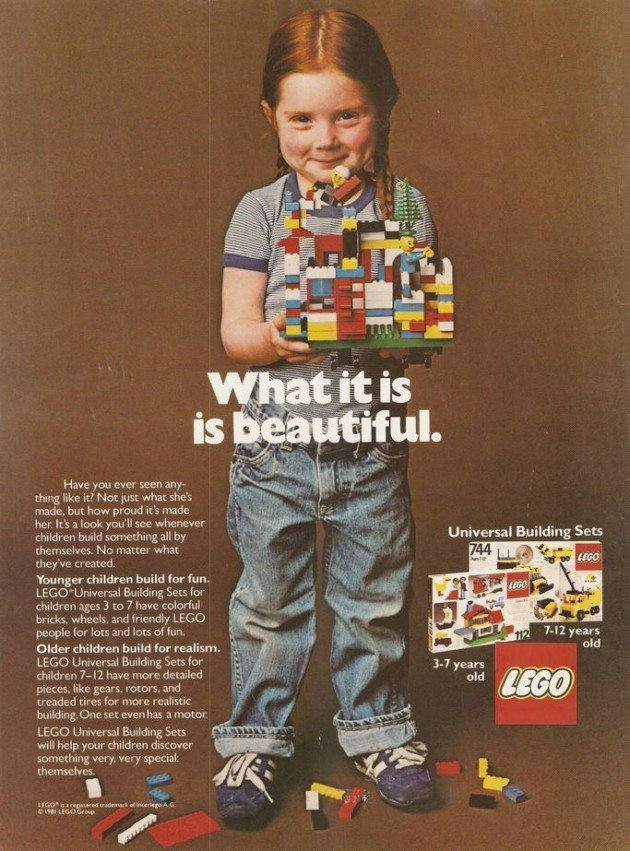 Gender-neutral LEGO in 1981. Source: Women You Should Know 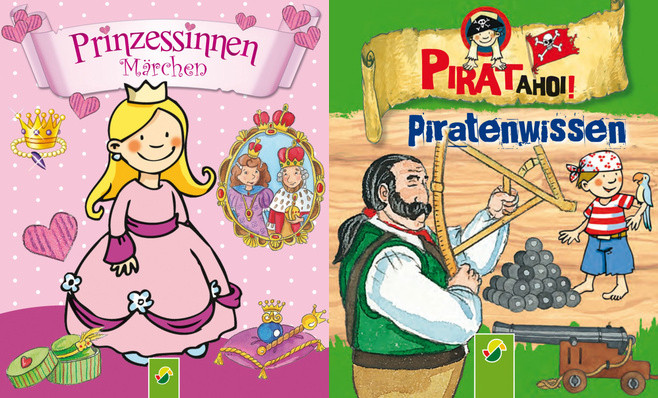 "Princess fairytales" & "Pirate know-how". Source: Schwager & Steinlein Verlag
Hence role models and success stories used to exist, two or three generations before the girls who today choose their studies. In the following decades, gender gaps in other areas have narrowed. Yet the number of women in computer science is stagnating. What in the framework conditions is changing for the worse?
One theory is that men, at some point, discovered the importance, fascination and prestige of the computer science business for themselves and usurped it.
Cindy Perscheid (see her interview below) delivers another explanation: spawning gender marketing, targeting young kids at susceptible ages.
LEGO was gender-neutral in the 80s. Today, there is LEGO friends, targeted to girls, featuring an annoying percentage of pink bricks.
Many children's books are so stereotype-laden that you wonder how many decades or centuries you need to go back to find an appropriate home for them. But, hey, they come as e-books.
For a few years now, Kinder Surprise eggs come in a pink version (Ferrero, the manufacturer, denied any gender-biased marketing attempts *cough*).
Many more examples could be added to this list.
At least at LEGO, the gender marketing problem seems to have sunk in. The company researched the topic and acknowledged that girls remain held back by society’s ingrained gender stereotypes. They concluded that we need to get the world ready for girls.
Wait. Did LEGO just present us another gender marketing campaign, even though waiving uplifting statements instead of pink unicorns? Is there an evil kind of gender marketing and a good one? Who decides what gender-specific messages are good?
The snake bites its own tail. A female scientist told us while we interviewed her on her own experiences: "Make women feel OK in the world of science, but don't make them feel special. Don't treat them any differently than men." Not treating women any differently, in the sense of, ensure absolutely equal conditions and opportunities - many would certainly agree with this.
But would this even mean we shouldn't make it a topic, should not talk about it?

Has it become easier to talk? Maybe not.

Talk /tɔːk/ (verb) - speak in order to give information or express ideas or feelings.
Maybe the major single learning during the preparation of this article was: We had much underestimated how sensitive this topic is.
Compared to 30 years ago, we are now very conscious about what we say. This applies to both language and content. There is much more sentiment about what's "appropriate" to say and which wording is "appropriate than there used to be. There are many reasons for this development; there are many good arguments that language can't be underestimated as the trigger of mindsets and behaviors.
Last century's open and blatant machismo, as e.g. brilliantly portrayed in this movie, seems today far away. But evenly far away feels the ardent, open argument about gender roles and rights.
Generation X grew up with frank debate about female leadership qualities: are female managers not less confrontative, but more inclusive, empathic and moderating than their male counterparts? Do female leaders not have, just because of their female qualitites, the chance to motivate people and innovate culture, hence are an asset for any business?
If you raise your eyebrows hearing these thoughts in 2022, you are not alone. The quest for more women in science today is likely to happen in a different style than previous rounds of fighting for gender equality.

Is there a female approach to solving scientific problems?

Address such female scientific approach or better not?
We asked our bootcamp: Is there a female approach to solving problems? The bar graph looks like: Well yes. No. Not sure. Could be. And if there is, should we address the different approaches? This second question left no middle ground; most clearly want to stay away from such attempt, whereas a few do think it's a good idea.
We'd interpret these results as a good deal of insecurity about how to deal best with the issue. Like: we feel a bit bashful, we want to avoid stepping in a minefield.
How much longer will it take until we all can—without abashment, defensiveness or anger—do what Cindy postulates in her interview below: Celebrate all different brilliant human beings with all different skills? 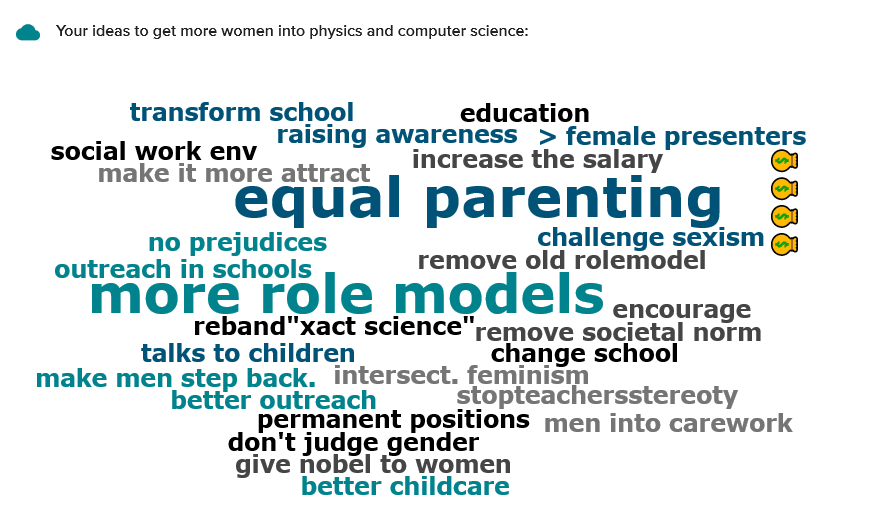 WIS graphs Q10.png
The question "What are the steps towards a science that includes all brilliant brains, female and male, evenly?" defies a simple answer—that much should be clear by now. The discussion in our bootcamp presented three aspects for consideration:
Let's make sure that nothing fails because of the organization of practical things. Research institutions and businesses need flexible work models and engage in child care. Don't rely on fathers' doing equal parenting.
Let's think far beyond science, and think far back to when it all starts: in childhood. Yes, it's a long-term approach. It has to be.
Let's cherish role models. To do so, let's look in history, look around us, and look out who the next may be.
And we'd like to add: Let's never stop talking with each other—with open ears and open hearts.

What are your thoughts? How can we understand the whole phenomenon better, and what solutions do you suggest? Write us a message!
For further reading, please also visit WHPC - Women in High Performance Computing.